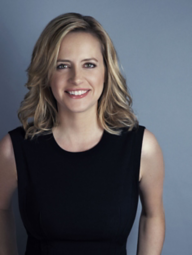 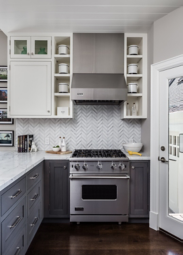 Designer Lindsay Chambers founded interior design firm Lindsay Chambers Design and residential building project management firm Hazel.Wood. She has won numerous awards, including California Home + Design Magazine's Emerging Designer of the Year (2015) and Remodeling Magazine's Building of the Year (2013). Most recently, the San Francisco Chronicle named her part of the next wave of talent "shaping Bay Area design," and she was featured on the front cover of the Chronicle's Home & Design Magazine. Also earlier this year, a county supervisor/state senator presented her team with a preservation award for saving heritage oak trees on a project site.

The challenge was to build a thoughtful, efficient, luxurious kitchen within a small, defined space. This kitchen is in the home of two Apple executives in Palo Alto, CA, who value high design and high quality as well as sensibility and an efficient use of space.

The kitchen is in a house that is only 969 square feet above ground, with the primary living space all on the above ground level. Its located in the heart of Silicon Valley blocks from Palo Alto's famed University Avenue.