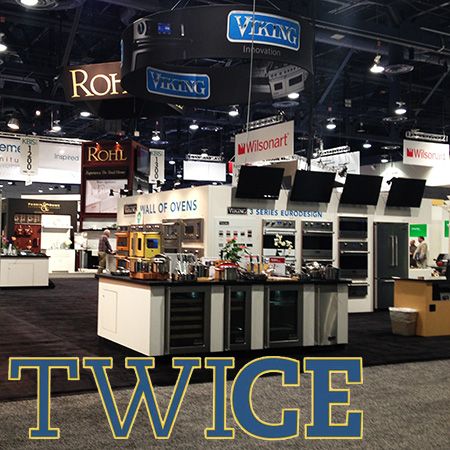 Viking Range described its more than 50 new product introductions at this week’s Kitchen/Bath Industry Show (KBIS) as the company’s largest launch there in history.

The show, which opens here Tuesday in tandem with the International Builders’ Show (IBS), represents the premium brand’s first KBIS foray following its acquisition in December 2012 by The Middleby Corp., a manufacturer of commercial foodservice equipment.

"I have personally, along with the team at Viking, sought input from dealers, end users, engineers and builders both domestically and internationally to develop  innovation that directly applies to the daily kitchen needs,"  said Middleby chairman/CEO Selim Bassoul. "We have restructured Viking over the past year to create an environment for new ideas, excited people and great energy."

Introductions include a host of cooktops, ranges, outdoor grills and refrigerators that incorporate technology from Middleby’s commercial lines.

Viking is supporting the launch with an industry-leading three-year Signature Warranty program and a 90-day "no quibble" guarantee that promises to repair or replace a defective product within the first 90 days of purchase.

The shows run Feb. 4-6 at the Las Vegas Convention Center during what has been dubbed Design & Construction Week.