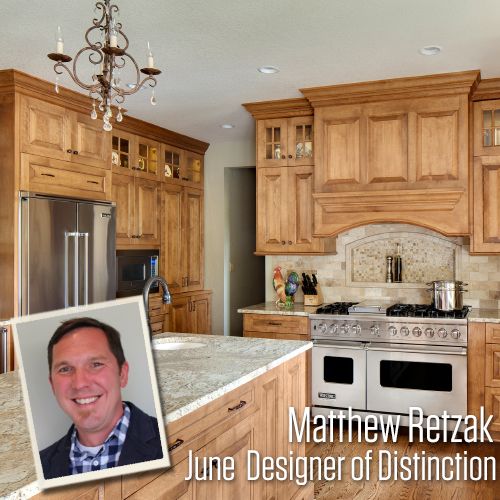 Viking Range, LLC, the leader in residential kitchen technology, has named Matt Retzak as the June Designer of Distinction. Matt Retzak is a kitchen designer at Bartelt. The Remodeling Resource located in Delafield, Wisconsin and is the sixth monthly winner in the 2017 Viking Kitchen Design Competition. Designers from around the United States are vying for the coveted honor to become the 2017 Viking Designer of the Year.